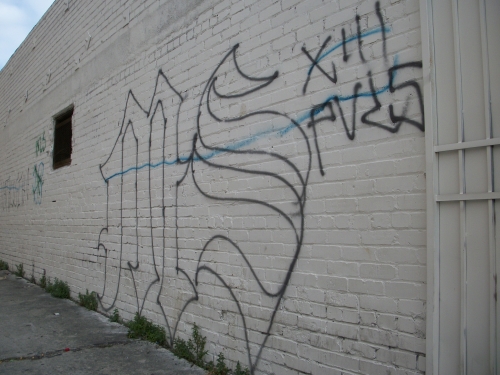 This article was originally published by openSecurity on 18 May 2015.

Violence is escalating again in El Salvador. March 2015 was the most violent month in over a decade, and the government is preparing army and police battalions to fight the gangs. These trends mark the definitive end of a process which started in 2012 with a truce between the two main gangs—MS-13 and Barrio 18—and evolved into a more complex and multidimensional approach to reducing violence, with a degree of international support.

The process was complicated, imperfect and subject to public controversy but it stands as one of the most significant examples worldwide of an effort to reduce violence through negotiation with criminal groups. With an annual homicide rate of 60 murders per 100,000 inhabitants, El Salvador is one of the most violent countries in the world. It is also a notable example of the trend towards non-conventional, hybrid and criminal violence.

A peace agreement reached in 1992 put an end to civil war and initiated a peacebuilding process, which saw rebels of the leftist Farabundo Martí National Liberation Front (FMLN) make a successful transition to civilian and political life. The FMLN finally won the presidency by a tiny margin in 2009, and by an even smaller sliver in 2014, overturning 20 years of rule by the right-wing Nationalist Republican Alliance (ARENA).

Meanwhile, a complex set of factors triggered a transformation of violence, which became criminal and perpetrated by illegal armed groups, most notably the gangs (maras). A profound crisis of public security has since shaken the country, as well as neighbours Honduras and Guatemala. Successive governments have responded with ‘iron-fist’ approaches focused on crime suppression and militarisation of security. These policies, although of limited effectiveness, have helped to cement the electoral support of a population angered and traumatised by decades of violence.

In March 2012 the country was taken by surprise by news of a truce between Barrio 18 and MS-13, facilitated by two mediators (a former insurgent and government advisor, and a Catholic bishop) and tacitly supported by the government of the FMLN president, Mauricio Funes. Imprisoned gang leaders were transferred from a maximum-security prison to other jails in exchange for a reduction in violence. The gangs agreed to end forced recruitment of children and young people, respect schools and buses as zones of peace and reduce attacks on the security forces.

In the succeeding months, the gangs surrendered limited amounts of weapons and the government acted to address shortcomings in the overcrowded prison system, such as softening visitor searches and removing the army from the task. For the first time since the war, the International Committee of the Red Cross (ICRC) was invited to contribute and in October 2012 it established a special mission to monitor human rights in prison. The drop in homicides was immediate—from 14 per day to five.

The gangs’ leaderships and the mediators were discussing a list of issues to be included in an enlarged process with a wider pacification agenda. Their Proposal for a Framework Agreement for the Recovery of Social Peace in El Salvador included reform of the prison system, a public-private body with gang participation to oversee rehabilitation and reinsertion, derogation of the anti-gang law and removal of the army from public-security duties. Notably absent was any demand for amnesty or reduction of prison sentences. The proposals included suspension of all acts of violence, voluntary surrender to security forces, decommissioning of weapons and explosives, and an end to forced disappearances.

As more details emerged, however, public opinion about the truce became increasingly polarised. The main opposition came from conservative sectors, parts of the legal establishment and law enforcement, and the media. Contributing to scepticism were unabated extortion and other violent crimes, such as ‘disappearances’—allied to concern about the potential empowerment and legitimisation of criminal structures and a widely-held perception that violence was being rewarded.

But a second school of thought saw the truce as a way to reduce violence and reintegrate gang members. This vision was shared by segments of civil society and the Organization of American States, which became an observer and guarantor of the process. A formal agreement with the government resulted in the creation of a Technical Committee for the Co-ordination of the Process of Violence Reduction in El Salvador.

Nevertheless, the government remained equivocal. Funes and other members refused to admit any participation and delivered contradictory statements, which fed distrust and confusion. But the sustained impact on violence and better understanding of the process gradually legitimised it and allowed the government to acknowledge involvement.

The government’s ambivalence can be contextualised. This was the first FMLN administration and conservatives controlled the National Assembly. The United States prohibits negotiations between a government and a criminal organisation and in November 2012 it so labelled the MS-13. The US is El Salvador’s main trading partnerand co-operation in trade and security has resulted in US support and military and police aid from programmes such as the Central America Regional Security Initiative. In what has been described as the performance of “a trapeze artist”, the FMLN has thus tried to develop progressive policies while not antagonising the US, foreign capital and the Salvadoran establishment (in control of the media).

The truce was supported by the minister of justice and public security, David Munguía, a retired general and former minister of defence. Although his appointment in 2011 (and the removal of FMLN members from those positions) was largely interpreted as a move towards remilitarisation, he surprised his critics by encouraging the first steps of the truce—authorising the transfer of gang leaders to other jails. According to the analyst of Salvadoran politics Paolo Lubers, he and other generals took the initiative after improved intelligence co-ordination convinced them that most violence was gang-driven.

Opposition came, however, from the Office of the Prosecutor and, later, sections of the police. They alleged that the truce was an opportunity for the gangs to reorganise, and that the drop in homicides was driving other crimes such as ‘disappearances’ and extortion. Some of this was a legacy of the peace accords, which disbanded the old security forces, established the National Civil Police (PNC) and reined in the armed forces.

The PNC comprised civilians, demobilised guerrilla fighters and vetted members of the prior security forces—whose most authoritarian members, however, were able to secure the most prominent positions in the new service, particularly during the two decades of ARENA governments. The police force is thus politicised and plagued by poor performance, corruption and authoritarian practices. Meanwhile, the Office of the Attorney-General (as with Supreme Court judges) is marked by political appointments by the Legislative Assembly, which have benefited ARENA hitherto.

In 2013, the process entered a more complex second phase, centred on the creation of violence-free municipalities. These ‘peace zones’ were based on agreement among local authorities, gangs and facilitators, with groups committing to cease violence and crime in exchange for a reduction in police operations and raids and reinsertion programmes. The first four municipalities, presented in January 2013, were soon extended to 11, with a combined population of more than 1m (out of 6m in all in El Salvador) and support from the OAS and the European Commission.

Mayors from both main parties, the FMLN and ARENA, participated in the initiative. Again, an ambivalent government promised, but then failed to deliver, grants and loans for prevention and rehabilitation. In Ilopango, the first peace zone, reduced violence presented an opportunity for the creation of a bakery and a chicken farm to generate employment, and the local government set up education centres and sports fields in marginalised neighbourhoods. But the mayor complained that the municipality had not received any of the $9 million promised by the government. Other cities were also left to their own devices.

In May 2013, the process suffered a major blow: the Constitutional Court nullified the appointment of Munguía as minister of justice and public security and forced Funes to restructure the security cabinet. The new minister, Ricardo Perdomo, proved a sharp critic of the truce. Amidst a polarised debate leading up to the February 2014 presidential election, his hard-line discourse and the restrictions placed on the mediation mechanisms weakened the process. The downward trend in murder rates began to reverse, amid a turf war between two factions of Barrio 18.

At the beginning of 2015, the new president, the former rebel Salvador Sánchez Ceren, said he would discontinue support for the truce. Leaders of the gangs were returned to the maximum security prison of Zacatecoluca.

A recent report however suggests that the truce has had a lasting effect on the geographical distribution of violence. Murder figures remain lower than average in regions where the truce was strong and coalitions of local actors (such as mayors, churches and NGOs) took advantage of the opportunity to promote new policies. The trend is even more striking in the ‘peace zones’: in seven the drop in murders has been sustained in spite of the setbacks.

But in other areas violence is soaring and tough positions are gaining a foothold. Sánchez Ceren has announced the creation of three battalions, with more than 1,200 troops, to fight crime in areas most affected by violence. And the rightist business association ANEP has hired the former New York mayor Rudolph Giuliani as an adviser.

This truce can be counted among so-called second-generation security promotionactivities, which depart from conventional top-down approaches and are forged on “formal and informal cooperation with existing (including customary) sub-national institutions”. But making peace with criminal (as against political) actors poses particular problems.

As James Cockayne put it, these cases are fraught with moral and political hazards, and there are critical questions. What is the desired end-state of negotiation? Is it a reduction of violence, a reduction of all criminal activities or dissolution of the illegal actor? The response to these questions will largely determine the contours of any negotiation in El Salvador and elsewhere.

Despite its flaws and shortcomings, the experience can however provide invaluable lessons. Apart from a drastic reduction in homicides, it contributed to a recognition of the social contours of the gang phenomenon and opened discussions at national and international levels about prevention, reintegration and rehabilitation.

The truce also demonstrated that a vast proportion of the violence afflicting the country was due to inter-gang confrontation. It revealed gang leaderships with a capacity for command-and-control and a sophisticated understanding of their role in society. Their ability to articulate demands surprised many, and to some extent changed conventional thinking.

But exploitation of public security in electoral politics tends to favour hard-line approaches. As criticism and polarisation grew to politically untenable levels, the government adopted contradictory statements and policies and later distanced itself from the process. An overall lack of planning and co-ordination hampered effectiveness—not least because the civil-society actors with more experience in working with gangs and communities were not involved.

Fear that the gangs might use the truce to rearm and reorganise, and anger towards  perceived preferential treatment, is common in countries in transition from war to peace and with schemes of disarmament, demobilisation and reintegration (DDR) of former combatants. The accumulated experience of the global peacebuilding community can provide useful insights, including the adoption of community-based approaches to reintegration. Similarly, adaptation and use of mechanisms of transitional justice can help find a balance between security, justice and reconciliation.

The truce in El Salvador has been a lost opportunity to take advantage of reduced violence to strengthen the institutional presence in communities affected by gangs and implement comprehensive approaches to prevention, reintegration and reconciliation. Any future attempt will need stronger political commitment, a long-term strategy and engagement with civil society and public opinion. Given the scope of the problem and an estimated gang membership in the tens of thousands, socio-economic programmes and opportunities are also imperative for sustainability. But, for the time being, the horses of war are riding again.

Mabel González Bustelo is a journalist, researcher and international consultant specialising in international peace and security. She is author of Narcotráfico y crimen organizado: ¿Hay alternativas? (Narco-trafficking and Organized Crime: Are There Alternatives?), Icaria, Barcelona, 2014.